Posted in: Out of Home 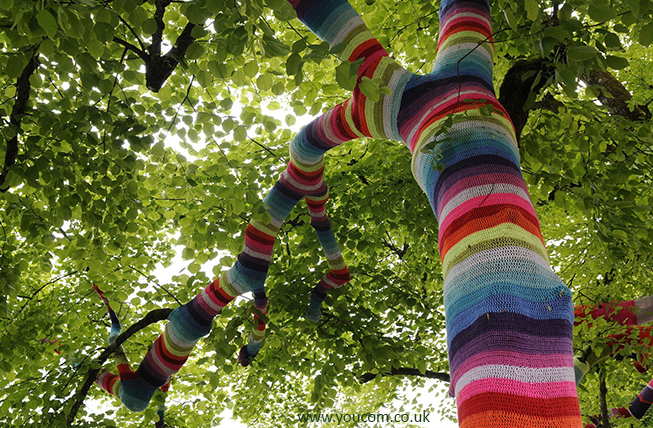 Guerrilla Marketing is a form of advertising that can be highly effective. It is where a company uses unconventional and often unexpected interactions with the public that promote a product or service or brand.

Yarn Bombing is one form of Guerrilla Marketing. In short it is where pre-crocheted squares or other large segments of material are suddenly sewn together with a few quick inter-linking stitches to form a colourful change of an ordinary everyday outdoor object (shown above a tree).

Guerrilla marketing uses a series of techniques to establish direct contact with customers. If the goal is to create an emotional reaction in potential customers (which it is) then Yarn Bombing ticks all the boxes. 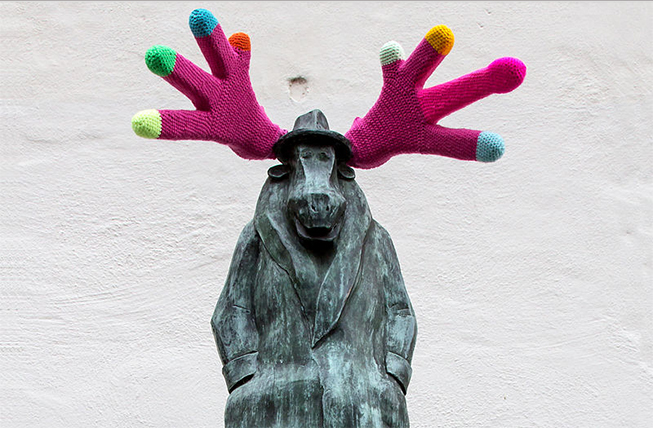 The ultimate goal of advertising is to get others to remember products, services or brands in a different way than they are accustomed to (because that cuts through the advertising noise). Yarn Bombing such as that shown outside the museum of Comic Art in Frankfurt, Germany on a previously unambiguous sculpture of a moose*, certainly achieves memorability.

In 2013 Toyota commissioned the Yarn Bombing group known as Knit the City to create an outdoor advertising and guerrilla marketing piece.  As Toyota are the sixth largest company in the world (by revenue as of late 2018), Yarn Bombing is no longer the province of ‘risk-taking young brands’ but should be considered by all marketing managers. 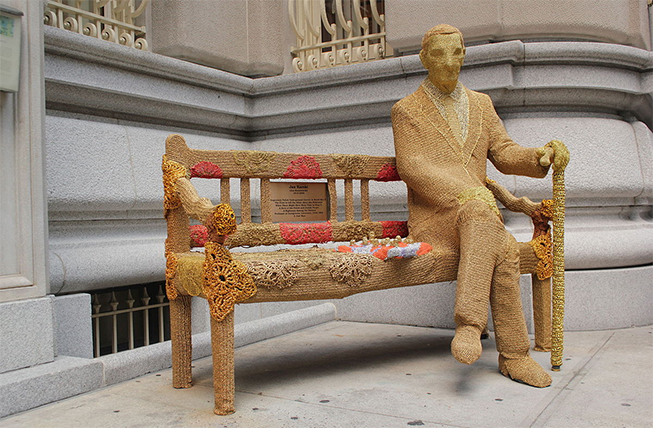 Knit the City is a group of “graffiti knitting and crochet” street artists founded in London, UK in 2009 and consist of four members known as Deadly Knitshade, The Fastener, Shorn-a the Dead and Lady Loop (which we think is fantastically funny and suits the light-heartedness of this medium).

Miller Lite are another international brand known to have used Yarn Bombing in their marketing campaigns.

Above the Jan Karski bench in New York, USA is a yarn bombing piece that achieved notoriety (though we presume Jan Karski or anyone else wasn’t sitting there at the time of the yarn bombing..). 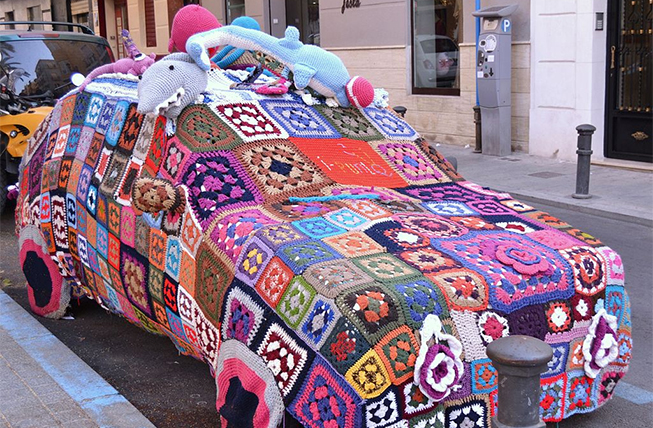 Yarn Bombing has spread worldwide showing wide-spread appeal which means it becomes a useful platform for a clever brand and one can imagine the above installation** in Alicante, Spain depicting Pepsi for instance (Pepsi being said to be seen as more young and edgy than Coca-Cola).

When you consider that some yarn bombing installations don’t last more than a few hours (once can imagine the owner of the car in Alicante removed it before he/she went to work in the morning), its obvious careful planning is required.

YouCom Media plan and execute advertising strategies based on meticulous planning and focus group testing ensuring your brand is croch(yay) rather than (k)not. 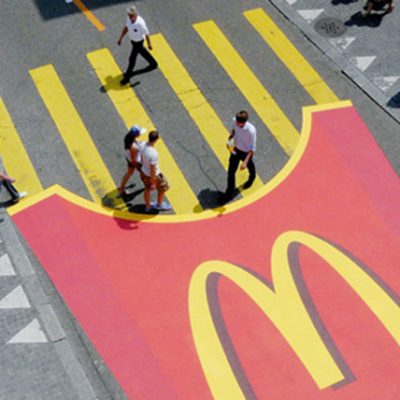